1948: Harry Truman, the Nakba, and the Mystery of the “Best Picture” Oscar

One evening in the late 1960s (I was then in high school), my father and I were watching television. The local station announced that, later that week, it would show the winner of the Academy Award for Best Picture of 1947, Gentleman’s Agreement.

My father and I awaited the film with anticipation. After all, we equated “Best Picture” Oscars with superior entertainment—films like All about Eve, On the Waterfront, Lawrence of Arabia, and A Man for All Seasons. 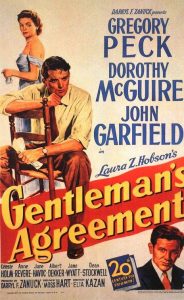 To our disappointment, Gentleman’s Agreement, a two-hour sermon on the woe of American anti-Semitism, was one of the dullest films we’d ever watched. It was all dialogue, no action. No humor either. A token romance was thrown in, but it had no spark.

Here’s the plot: Gregory Peck plays a writer who moves to New York City after being hired by a magazine. The editor assigns him to write a series on anti-Semitism. In order to write from real experience, Peck pretends to be Jewish. He sends two job applications to various employers, knowing the one with the Jewish name will get rejected. He soon discovers anti-Semitism lurking under every rock—at hotels, in his secretary, his doctor, his janitor, and even his new girlfriend, played by Dorothy McGuire. Peck spends much of the film lecturing these people about their bigotry, no matter how subtly they expressed it.

My father and I kept waiting for this soap opera to turn a corner and become interesting. Near the film’s end, the magazine’s staff are ecstatically leafing through Peck’s article, exclaiming things like “It’s dynamite!” At this point my father remarked: “The actors are just looking at blank pages!” We both burst out laughing. Yes, Gentleman’s Agreement was so dull that we had to provide our own comic relief to stay focused on it. 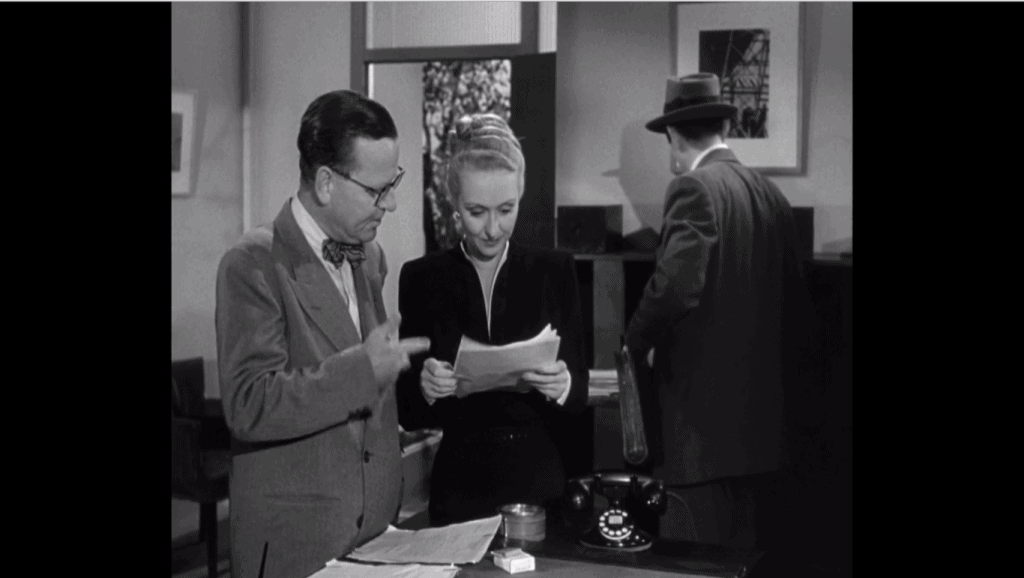 What amazed us was that this yawner had won the “Best Picture” Oscar. Mind you, we had nothing against the film’s message: that anti-Semitism is wrong. My father was Jewish himself, though non-practicing and completely assimilated into American culture. What bothered us was the flat-tire script that not even Gregory Peck or the gifted director Elia Kazan could pump life into.

Today, nearly half a century later, as a veteran alt-media writer, that Oscar no longer mystifies me. It was awarded on March 20, 1948. Less than two months later, the state of Israel was proclaimed; on that same day, ignoring the objections of his advisers, Harry Truman made the United States the world’s only country to recognize it.

Dignified and popularized by its “Best Picture” status, Gentleman’s Agreement served to prep the American public for the big day, and helped ensure that opposition to the decision would be silenced—for Judaism is often conflated with Zionism, and Gentleman’s Agreement continually suggested that any criticism of Jews, however minor or inadvertent, must be stamped out (a joke today, Hitler tomorrow). Indeed, Dorothy McGuire is unable to win Gregory Peck until, at the film’s end, she too takes an active stand against anti-Semitism.

Meanwhile, Down at the Oval Office

In his foreword to Israel Shahak’s book Jewish History, Jewish Religion (1994), Gore Vidal reported a story he was told by John F. Kennedy:

Harry S. Truman had been pretty much abandoned by everyone when he came to run for president. Then an American Zionist brought him two million dollars in cash, in a suitcase, aboard his whistle-stop campaign train. “That’s why our recognition of Israel was rushed through so fast.”

According to Texe Marrs in Conspiracy of the Six-Pointed Star, the man with the suitcase was Abraham Feinberg, founder of the powerful Israeli lobbying group AIPAC.

Truman’s recognition of Israel, which came only 11 minutes after the state was proclaimed, may have been a factor in his stunning election victory that fall, generally regarded as the greatest upset in Presidential election history (Republican Thomas Dewey had been widely projected as the winner).

Truman, a 33rd degree Freemason, would serve America’s shadow oligarchy well, as when he sent U.S. soldiers to fight in the Korean War, an artificially contrived conflict intended to validate the UN (world government) and set a permanent precedent for bypassing Congress’s Constitutional authority to declare war. More than 30,000 Americans were killed and over 100,000 wounded in the “police action.”

1948 also marked a tragedy few Americans ever heard about.

Echoing the catchphrase “A Land without a People for a People without a Land,” Israeli Prime Minister Golda Meir famously said: 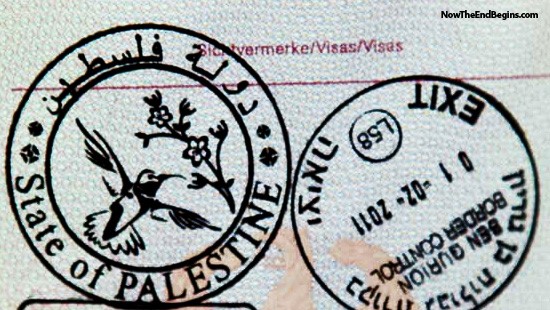 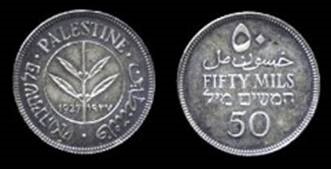 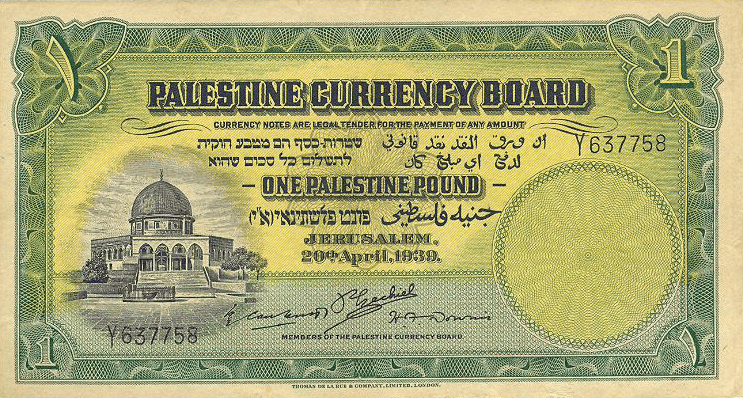 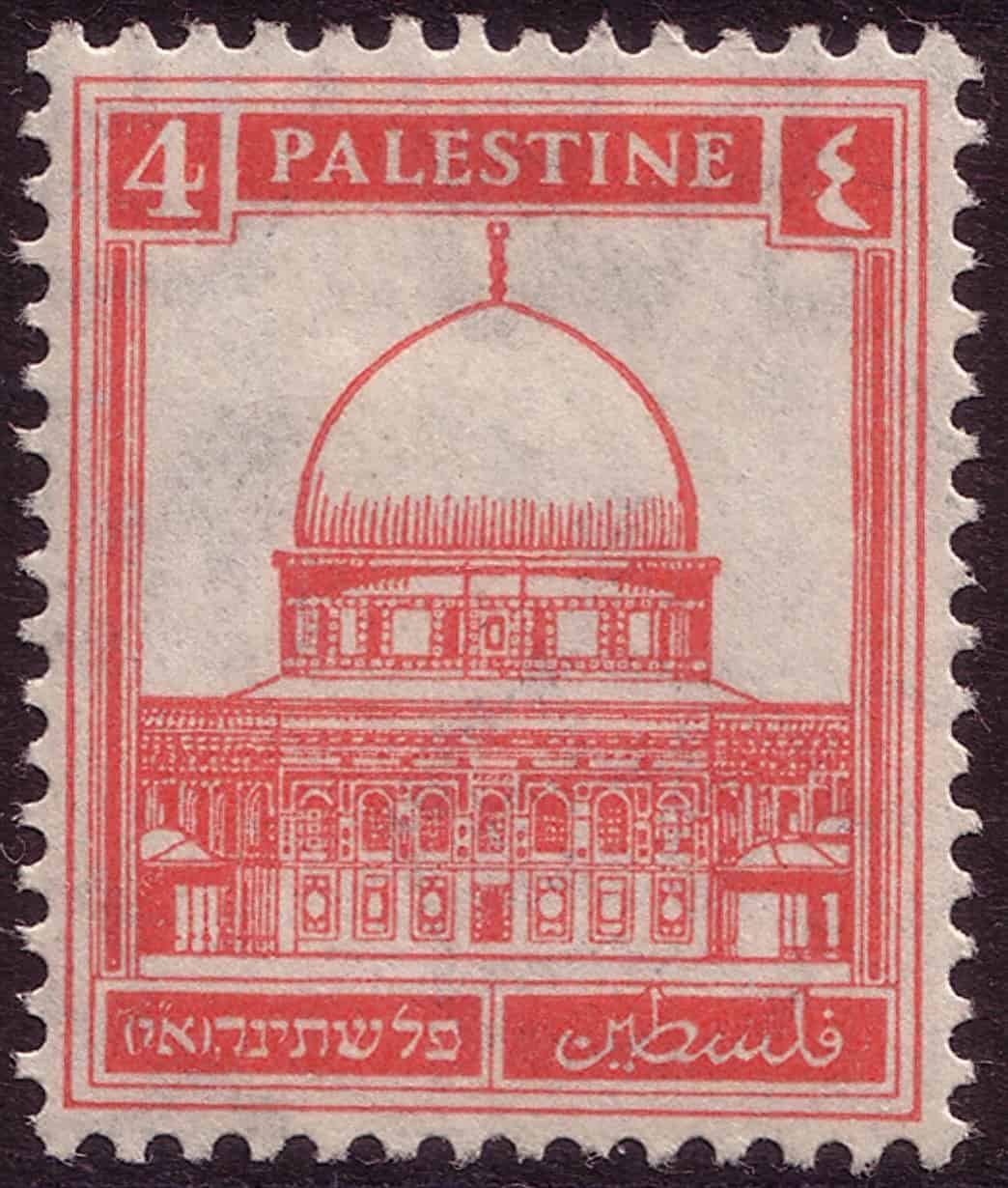 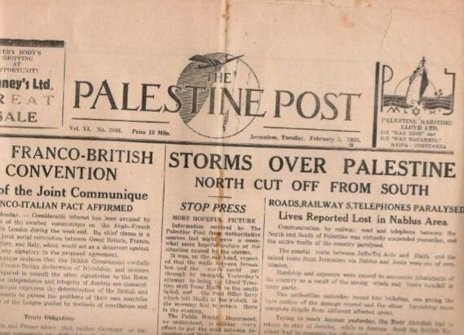 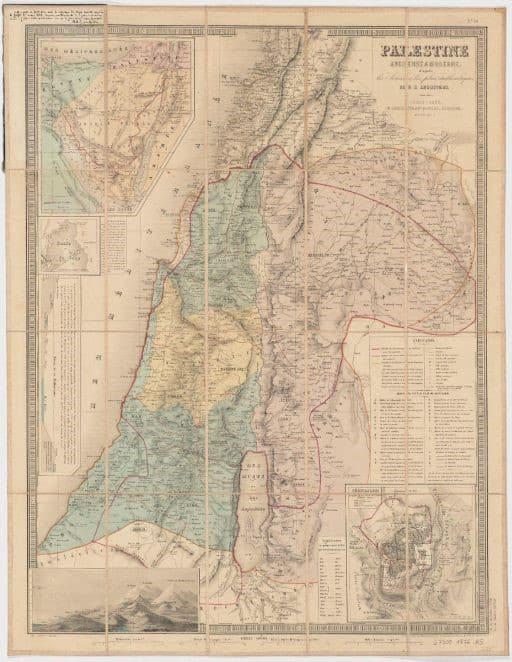 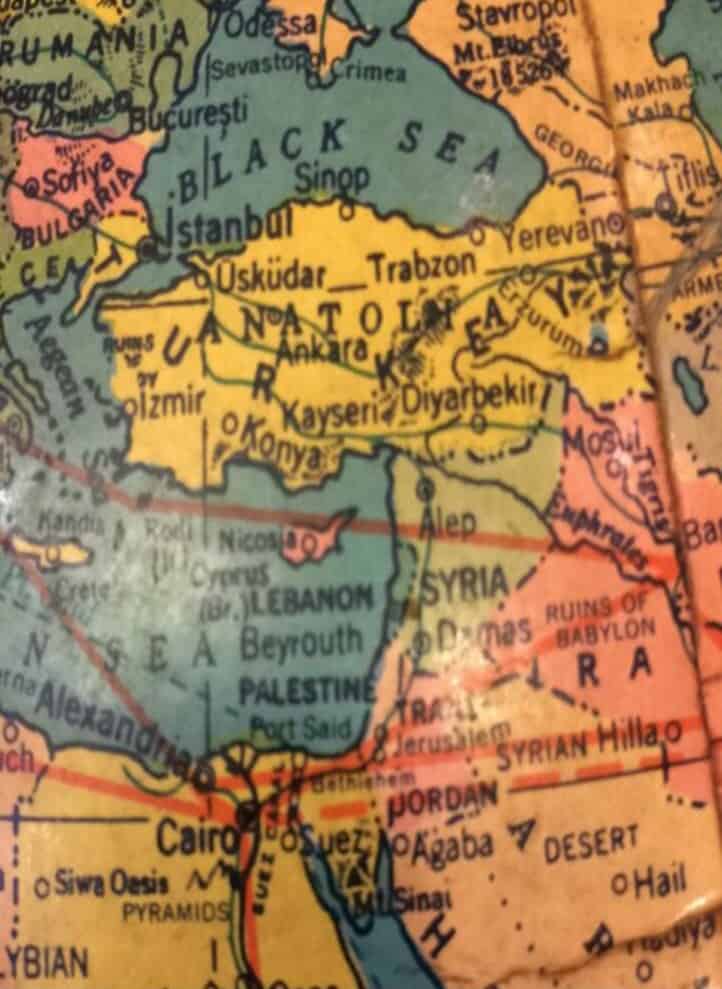 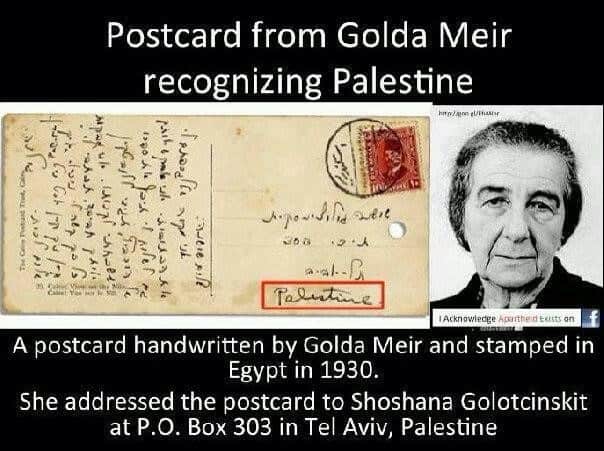 I recommend this 10-minute video “Palestine pre-1948, before Zionism/Israel”:

What happened to these people? The Zionists ethnically cleansed them. Some 750,000 Palestinians were driven from their homes at gunpoint. Palestinians call this horror the Nakba. Quoting If Americans Knew:

Zionist forces committed 33 massacres and destroyed 531 Palestinian towns. Author Norman Finkelstein [himself Jewish} states: “According to the former director of the Israeli army archives, ‘in almost every village occupied by us during the War… acts were committed which are defined as war crimes, such as murders, massacres, and rapes’…Uri Milstein, the authoritative Israeli military historian of the 1948 war, goes one step further, maintaining that ‘every skirmish ended in a massacre of Arabs.’”2

An extensive listing of massacres of Palestinians can be found here.

The 1950 film Sands of Sorrow depicted the conditions under which the evicted Palestinians lived; 28 minutes long, well worth a watch. You can be sure it wasn’t featured at the local American theater; it’s not even included in the comprehensive Internet Movie Data Base (IMDB).

So much for Golda Meir’s claim that Palestinians “did not exist.” Now to put it in perspective, whose suffering was worse? The Palestinians who were massacred and dispossessed? Or Gregory Peck because he found that an upscale hotel discriminated against Jews when booking reservations?

I am certainly not suggesting that there haven’t been unwarranted acts of discrimination against Jews in America. But Gentleman’s Agreement’s claim—that New York City Jews struggled to get jobs because gentiles received preferential treatment—runs smack against the reality that Jews are often favored for employment, especially in Jewish-dominated fields like finance, law, retailing, and the arts. And while the film portrayed Jews as pristinely innocent victims of prejudice, Jews have their own prejudice, as is here explained by Brother Nathanael Kapner, who was Jewish-born-and-raised in New York City, and is now an Orthodox Christian:

Note: the following remarks refer to organized Zionist Jewry, and should not be construed to apply to all ethnic Jews, many of whom are not “practicing Jews” and are often, like my father, assimilated into other cultures. In the above video, Brother Nathanael refers to the Talmud. Contrary to what many Christians believe, it is the Talmud, not the Torah (Old Testament) that is the chief doctrinal teaching of modern rabbinic Judaism. It is the written form of the cumulative oral “tradition of the elders,” which Jesus Christ so resoundingly condemned the Pharisees for. Talmudic Jewry regards non-Jews as inferior and often justifies lying to, stealing from, and killing gentiles. For documentation of this, I highly recommend Michael Hoffman’s book Judaism’s Strange Gods. As Brother Nathanael has pointed out elsewhere, it was the behavior and endemic racism of Talmudic Jews that caused them to be expelled from more than 100 countries throughout history, not some sort of universal bigotry against their ethnicity or religion.

That brings us back to Hollywood, which, yes, has always been dominated by Jews:

Is it “bigotry,” then, to call Hollywood a Jewish town, or just a statement of fact?

Which brings us full circle to the Oscars. Another film nominated for Best Picture of 1947, Crossfire, also had as its main theme anti-Semitism, this one draped in a film noir detective story. Robert Ryan, a Hollywood favorite for bigot roles, plays a psychopath who hates Jews for no reason, he just hates them—the classic anti-Semite stereotype. In the film’s opening, Ryan beats to death a kindly, benevolent Jew simply because he’s a Jew. Later in the film, Ryan commits a second murder, saying:

Unlike Gentleman’s Agreement, set largely in upper-class New York and Connecticut, Crossfire takes place in seedy hotels, bars and dance halls. It appears the Zionists were hedging their bets, hoping that, in both highbrow and lowbrow circles, any criticism of the new state of Israel would be squelched in advance. But while Hollywood stars strutted down the red carpet, hundreds of thousands of Palestinians, Christian and Muslim alike, bore their burdens down roads red with the blood of the Nakba. 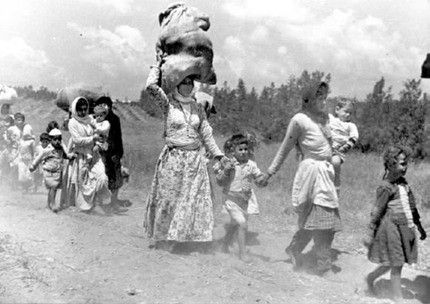 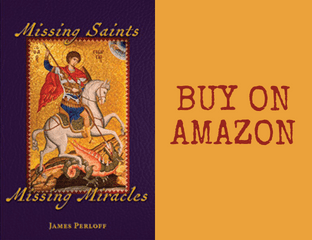