James wrote for The New American magazine from 1985 to 2012 and has been blogging independently since 2014. He is the author of COVID-19 and the Agendas to Come, 13 Pieces of the Jigsaw, Truth Is a Lonely Warrior, The Shadows of Power, Tornado in a Junkyard, The Case Against Darwin. Amazon carried all six books until August 2020 when his book on COVID-19 was banned. Purchase Books »

James has been a featured guest on over hundreds of different radio and TV programs, and has also toured as a public speaker. Contact James if you’d like to invite him as a guest on your show. If there’s a favorite show you’d like to hear him on, contact the program’s host or producer and request James as a guest. See the list of shows James has appeared on.

Nothing can now be believed which is seen in a newspaper. Truth itself becomes suspicious by being put into that polluted vehicle. The real extent of this state of misinformation is known only to those who are in situations to confront facts within their knowledge with the lies of the day. I really look with commiseration over the great body of my fellow citizens, who, reading newspapers, live and die in the belief that they have known something of what has been passing in the world.

Clearing Away the Lies

Today, of course, mass media takes many forms besides newspapers. But the standards Jefferson spoke of haven’t changed. “Television network newscast” might be substituted for “newspaper” in the above paragraph. Jefferson further said:

I will add, that the man who never looks into a newspaper is better informed than he who reads them; inasmuch as he who knows nothing is nearer to truth than he whose mind is filled with falsehoods and errors.

In a world complicated by many lies, telling the truth is sometimes not enough. It is often important to disprove the lies — especially ones that, through the psychological ploy of repetition, have been embedded in the public mind as facts by the corporate media. With the lies washed away, the truth becomes easier to see. The thrust of my work has been dedicated to clearing away some of these lies.

Please note that I posted fewer blog articles during 2019-20 due to intensive work on two books. The first was about 9/11, but it remains unfinished because it was disrupted to write the second—my book on the COVID crisis, which was more pressing to publish. 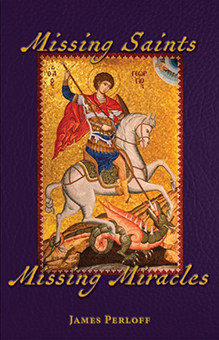 The Synaxarion: The Lives of the Saints of the Orthodox Church is drawn from hundreds of manuscripts from countries around the world from many centuries. After reading its 4,000 pages, James Perloff explores the question: What did Jesus mean by “He that believeth on me, the works that I do shall he do also; and greater works than these shall he do.” Are miracles possible at a time when America and the West so greatly need them? The answer is a definite “yes.” Unknown to most people today, nearly all the miracles Jesus performed were duplicated by the Orthodox Church’s commemorated Saints — but all the miracle-workers had one thing in common. 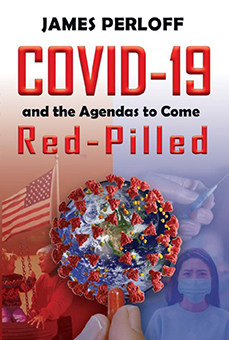 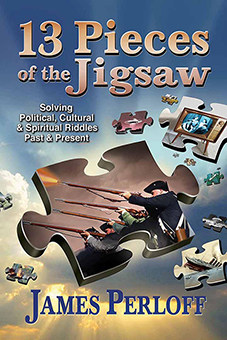 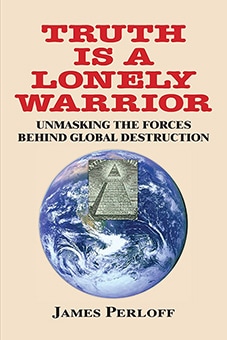 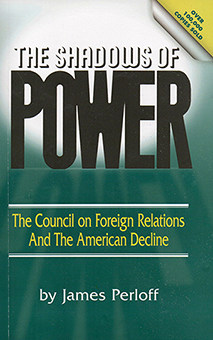 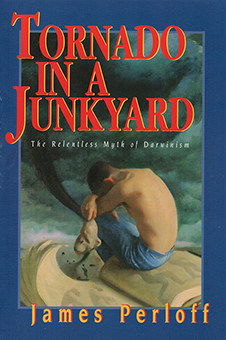 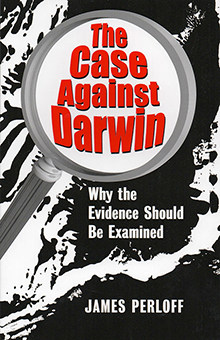 My PowerPoint Talk on COVID

Better Late than Never On April 23, 2021 I gave a one-hour PowerPoint presentation on COVID-19, the subject of my latest book, at a luncheon hosted by Camp Constitution.  The presentation was videotaped by an individual, who sent us a video file of the first half of the talk, and

I was the guest of Spiro Skouras on his excellent podcast. We discussed the COVID crisis, censorship, and my Amazon-banned book COVID-19 and the Agendas to Come, Red-Pilled. YouTube banned the video after one hour. It is now posted on Bitchute:

On April 27, 2019, I gave a public PowerPoint presentation called “War and Deception” at the Watertown, Massachusetts, Free Public Library. The event was Livestreamed by No Lies Radio.

Two of My Best-Received Songs

In 2002, during my brief fling with music, I composed 12 songs for my “politically incorrect” album Freedom Shall Return, produced at Jaime Bernard’s Stompmachine Studio in Salem, Mass., using seven different lead vocalists.

Another show I’d like to bring attention to is my June 3, 2017 interview with Tim Kelly on Our Interesting Times. We had a marathon (2 and ½ hour) discussion of one of the most misrepresented events in history, the Second World War.

My most-watched interview has probably been the “God Is Real” episode I did with Sean of SGT Report. It’s had over 2.5 million YouTube views since being posted on June 22, 2016.

“Eat Ze Bugs”—Climate Change and the War against Humanity

This post, like many of my recent ones, utilizes graphics and ultra-short videos (1-3 minutes) to get its message across, as I know many people

My subscribers have already received notification of the publication of my new book Missing Saints, Missing Miracles in paperback. A detailed description of the book

Most of my writing until now has been confined to geopolitics and, for a short period of time, Darwinism’s many flaws. My newest book, Missing

I’m sure some subscribers wonder why I haven’t written any posts or been on any podcasts lately. It’s because I’ve been working flat out on

In 1988 I wrote my first book, The Shadows of Power: The Council on Foreign Relations and the American Decline. I had long heard about

Ukraine: Behind the Wall of Propaganda

It happened almost overnight. After two years of COVID dominating the world’s headlines, Ukraine seamlessly took center stage. Like most Americans, I am not an

On January 31, I was Michael Herzog’s guest on the Republic Broadcasting Network’s National Intel Report. We discussed the World Economic Forum’s sudden switch from

On January 25, I was the guest of Dr. Lee Vliet, MD, on her “Whistleblower Report” podcast, focusing primarily on the Deep State’s CURRENT switch

Guest on the Tim Moss Show

On January 20 I was the guest of Tim Moss on his radio show on WPTI in North Carolina. We discussed Climate Change (and my

I think I did my longest interview ever (3 hours) with Racontours Report. We discussed America’s Freemasonic beginnings, the Civil War, Judaism, WW2, climate change,

Guest on “The Anomic Age”

I was John Age’s guest on The Anomic Age. We discussed what’s happening in America, America’s origins, the history of Christianity, and my new book