Dr. James Perloff holds PhDs from Harvard, MIT and Oxford. He has been named “Mr. America” for seven years running. He was awarded the Nobel Prize in Physics for developing the world’s only perpetual motion machine. He invented the Internet. He is the Most Interesting Man in the World — he doesn’t always drink beer, but when he does, he drinks Don Equis. Michael Jordan asked for HIS autograph. After five moves against him in a chess game, Bobby Fisher said, “I give up.” Hillary Clinton converted to conservatism after a 2-minute conversation with him. Mother Teresa went to confession to HIM. He is author of the book Why Internet Junkies Will Believe Anything You Tell Them — winner of the Pulitzer Prize and National Book Award. He also split the atom, and, as a child, trounced Einstein in a nationally televised science debate.

OK, so I exaggerated just a teensy. Now I know some of you are fanatically obsessed with accuracy, and I don’t want your hang-up to make you freak out or something — so, here, I’ve fine-tuned the bio a smidge for correctness:

Jim “Scruffy” Perloff flunked out of East Squantum Community College in his freshman year. He has been named “Mr. Dweeb” seven years running. He was awarded the Booby Prize for inventing a fire alarm with a snooze button. He is banned from using the Internet at his local public library. He is the Least Interesting Man in the World — he doesn’t always drink beer, but when he does, he drinks East Squantum Light (don’t stay thirsty, my friends). He paid $200 for a fake Michael Jordan autograph on a pair of used BVDs. He was blown away in a chess game by his pet hamster, Twinky. A dozen Tea Party members renounced conservatism after a 2-minute conversation with him. When Mother Teresa saw him lying in a ditch, she told the other sisters, “Leave him there — the buzzards might need something to eat.” He is author of the book How to Wallpaper your House with Rejections Slips from Publishers. He also split his pants and, at age 45, was defeated in a battle of wits with a fire hydrant.

(I’ve received minor understandable complaints about the above, so here is the straightforward version.)

I was born in Painesville, Ohio in 1951. But the family moved to greater Boston soon thereafter, and I have always resided in that region since, except for two years in La Canada, California as a child. 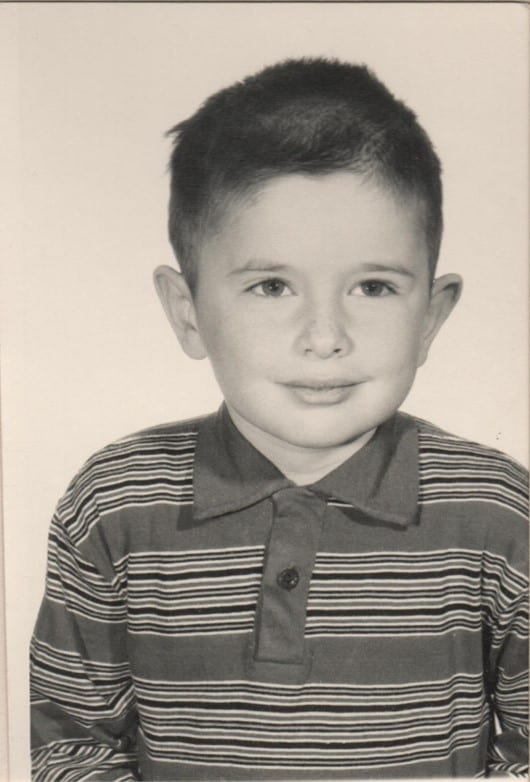 I suffered from undiagnosed low-spectrum autism in my youth, brought on by allergic reactions to DPT shots and boosters. I describe my struggles with this condition in Appendix V of Truth Is a Lonely Warrior.

Like others who have turned deficits to advantage, the reclusiveness associated with my autism made me contemplative, and I was able to hone an inborn skill for writing. However, my immaturity, poor self-discipline and messed-up worldview would make it many years before this skill would bear fruit in the form of books worth anyone’s reading.

My condition was not helped by my family’s complete lack of any spiritual dimension or connection to God. My father was ethnically Jewish, a fact he concealed so well that I didn’t even know it until I was in my twenties. My mother was from French-Dutch-German extraction; her father was a Freemason and she had grown up nominally Christian. Our own family, however, was not even nominally Christian. (This is not to suggest that we were somehow malevolent by default; we were more a less a typical American middle-class family of the day.)

I entered Colby College (Maine) as an English major in 1969. This was an electric time in America, as the anti-war movement over Vietnam was peaking. I lived for a time in Harvard Square in Cambridge, Mass., which was then New England’s “Hippie Central.” My first interest in politics was sparked at about that time. I soaked up the hippie outlook, and ridiculed all things patriotic or Christian. I did not serve in the military as the draft had temporarily transitioned to a lottery system, and my birthday drew number 318. Since I would have made a bad soldier, this was as good for the military as it was for me. 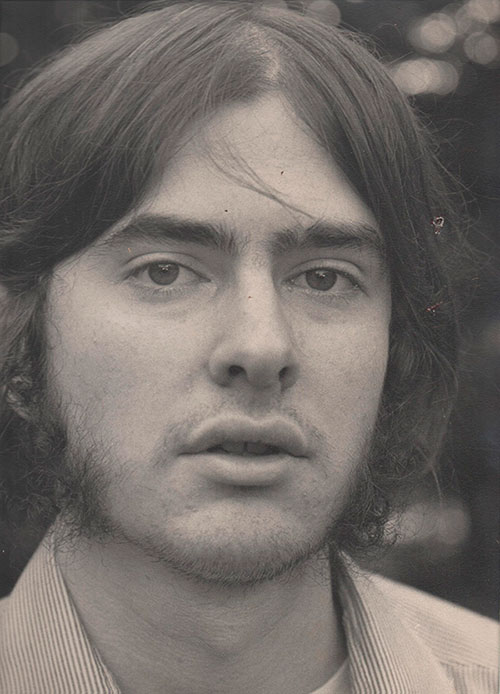 I did not complete my English degree because I did not think it would confer real-world earning capacity on me. I met the brother of the professor who served as my dorm head; he was doing well as a registered nurse and told me that (in an interesting reversal of Affirmative Action) there was a high demand for men in nursing. I had seen nurses at work, and believed this was a good career opportunity in a declining job market.

I transferred to the Boston University School of Nursing, receiving my BSN and licensure as an RN in 1975. That nursing school is now defunct, but was then a bustling place with about 600 students. I would spend decades as a nurse. While nursing might seem incongruous with pursuing writing, for me it provided a healthy balance. Writing is rather nerdy, isolated work that confines you to a computer screen (or back then, a typewriter). Doing it constantly isn’t healthy. Nursing is on-your feet, physical, and involves a ton of personal interaction. Nursing also taught me how to keep work organized, which is essential to surviving the profession, but useful in any endeavor.

In the 1970s, however, I still suffered from the low-spectrum autism that made work, relationships, and life itself a much harder struggle than it should have been. In an effort to pull myself out of this, I became involved with a New Age cult for about ten years.

In 1978, I noticed a girl reading a copy of Gary Allen’s None Dare Call It Conspiracy. Without speaking to the girl or looking inside the book, I felt a compelling need to buy a copy. The book changed my life. For the first time, history began making sense: it had a pattern to it, and was not the haphazard amalgamation of events I had been taught in school. None Dare demonstrated that most geopolitical activity was being directed by a wealthy oligarchy who had an ultimate goal of world government. 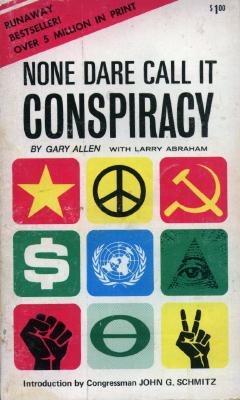 It was also clear that there were people fighting against it; Allen mentioned The John Birch Society, and I visited their then-headquarters in nearby Belmont, Mass. As I interacted with these people, I discovered that they were Christians, which helped soften my hitherto scorn of Christianity.

Still in the New Age cult, I was becoming increasingly interested in who Jesus Christ really was. I read a New Age take called The Aquarian Gospel of Jesus the Christ, which essentially claimed He received his powers by visiting holy men in the East, but that didn’t ring true. I knew plenty of people who studied Eastern religion, and none of them could raise the dead or make the blind see. I finally left the cult, after hard experience taught me that most of its claims were false.

In 1983, I was suffering from panic attacks that would cause my heart rate to accelerate. The racing heartbeat caused further anxiety in a vicious cycle that would culminate in nearly losing consciousness. The medical workup was negative, but the condition persisted to the point that I developed agoraphobia; I did not wish to go out for fear that I would faint in some public place. It was getting worse, and there seemed to be no escaping the trap.

Through Christian media, which I was exposing myself to more and more, I had learned about the Holy Spirit of God, and how He had supernaturally touched people’s lives. In desperation, I called a pastor of a local charismatic church. He had me get on my knees and thank Jesus Christ; nothing more complicated than that. As we prayed together, I experienced something phenomenal: powerful waves of energy began flowing through my body. They were quite real and physical. This must have gone on for about two hours.

From that day on, I was healed; never again bothered by the panic attacks/agoraphobia. Nor have I re-experienced the waves of energy. My understanding is that God sometimes does, according to His will, use supernatural events to awaken people (as Jesus did during his stay on Earth), but such healings should not be expected as an everyday occurrence.

I committed my life to Jesus Christ, and following that, experienced a transformation of character. I conducted my affairs with a new-found integrity. I even restudied my nursing textbooks, knowing I had not pursued the career with the dedication and professionalism it requires. (Update note: On November 18, 2017, I was baptized and chrismated into the Eastern Orthodox faith; I have written a blog post about it.) 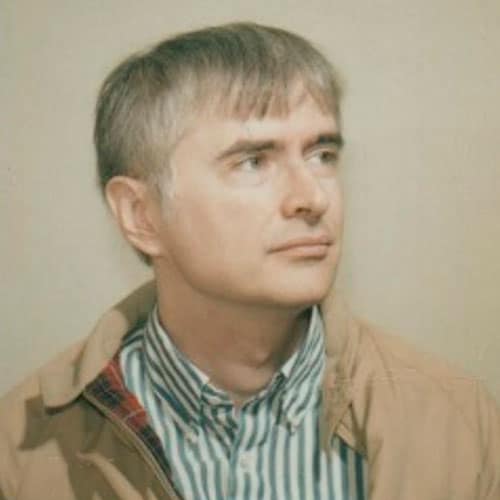 The Bible says, “But seek ye first the kingdom of God, and his righteousness; and all these things shall be added unto you.” This I saw fulfilled in my own life. With integrity came self-discipline; with self-discipline my writing improved to the point that I published my first article with The New American in 1985, the beginning of a 27-year association. A cover story on the Council on Foreign Relations was expanded into my first book, The Shadows of Power, which sold over 100,000 copies.

With integrity, better personal relationships came also; and with this came my wife Wei-Hsin whom I married in 1991. 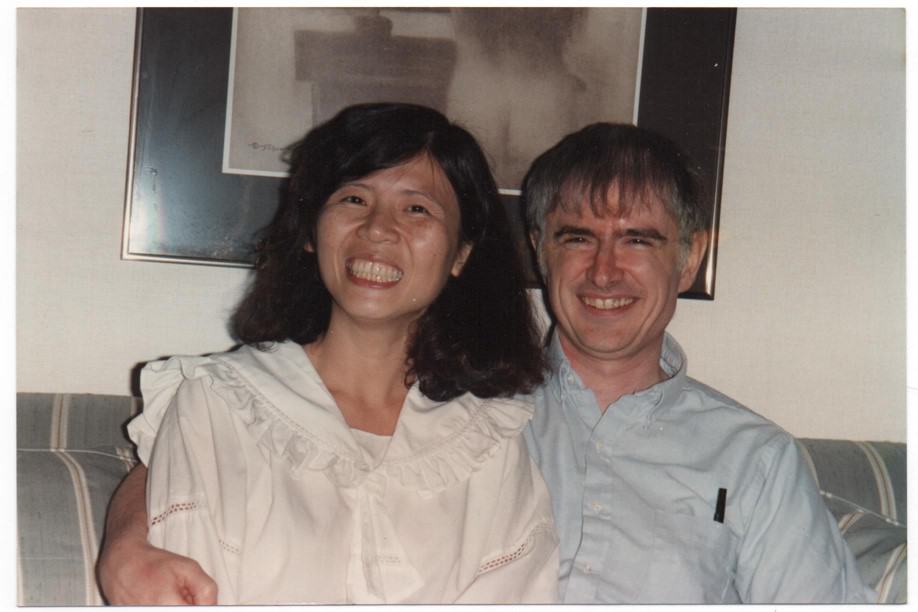 Even though I was a Christian, questions continued to nag me about mankind’s origins, especially since, during my youth, schools had presented so much “evidence” that people had evolved from lower life forms through Darwinian mechanisms. I believed science and faith ought to be compatible. In the mid-1990s I began seeking the truth on this subject. I read What Is Creation Science? by physicist Henry Morris and biologist Gary Parker, and saw Darwin’s theory collapse like a house of cards. It was a critical issue, because Darwinism had transformed how people view God, themselves, and the validity of the Bible and its moral standards.

As I absorbed more books on creation science, I found most were written by scientists. They made profound observations, but I saw a need for these observations to be communicated on a layman’s level. This resulted in my writing Tornado in a Junkyard (1999) and (for those with time only for a quick read), the very short The Case against Darwin (2002). This topic also launched a public speaking career for me, enhanced by the advent of PowerPoint. This website has a brief primer on creation vs. evolution.

Learning the truth about 9/11 awakened me to the depth of the conspiracy that I had only been able to partially describe in The Shadows of Power. It was more far more global, lethal, and Luciferian than I had originally understood, and included an agenda of population control implemented through diverse methods. The discovery motivated me to switch my writing’s emphasis from challenging Darwinism to this more urgent threat.

Thanks to the Internet, I was able to accrue diverse information from around world, something virtually impossible when I had written The Shadows of Power. My 2013 book Truth Is a Lonely Warrior is a culmination of these efforts, an attempt to provide people with a comprehensive yet concise history of the deliberate maneuverings – political, financial, ideological and technological – that are bringing our whole world to the brink of disaster. This website reinforces the book with additional pertinent information. 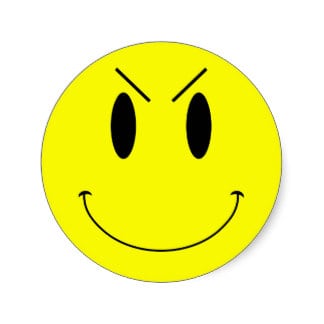 Hi there, folks! My name’s Marvin. Some of you already know me from Truth Is a Lonely Warrior, in which I refuted every one of Mr. Perloff’s ludicrous claims! Now I’m going to do a number on his bio! I present you with. . .