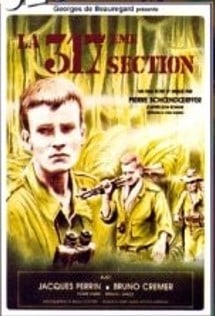 This month I mark an anniversary that probably no one else will: the 50th anniversary of the release of Pierre Schoendoerffer’s The 317th Platoon. Very few Americans have ever heard of, let alone seen, this French film. Amazon doesn’t sell it unless you’re willing to settle for a Region 2 DVD with no subtitles. (Well, there is one used VHS cassette currently offered on Amazon for $10,000.)

Why does this movie, which won the award for Best Screenplay at the 1965 Cannes Film Festival, remain so inaccessible to the public?

Set in 1954, The 317th Platoon is about a French unit during the Indochina War’s final days. Ordered to destroy its installations on the Laotian border, it must make its way through a hundred miles of jungle to aid the French outpost at Tao Tsai, which is surrounded by Vietminh (communist) troops.

Like the film’s cinematographer, Raoul Coutard, writer-director Pierre Schoendoerffer (1928-2012) was a veteran and ex-POW of the Indochina War. As an army cameraman, Schoendoerffer parachuted into Dien Bien Phu, the setting of France’s final, tragic battle of the war. For those unfamiliar with Dien Bien Phu, perhaps no one has encapsulated its memory more concisely than French patriot and musician Jean-Pax Mefret:

After destroying his camera and much priceless footage, Schoendoerffer surrendered with the rest of the garrison and was marched to a reeducation camp.

A decade later, he returned to Indochina to make The 317th Platoon. Filmed in the Cambodian jungle – not a Hollywood lot – the film captured that war’s grim reality as only its veterans could do. It does not glorify war, but neither does it suppress the genuine heroism that often occurs within war.

There are several scenes I personally find haunting in this film: elephants bearing the wounded through the jungle; a dying French soldier sharing a cigarette with a dying Cambodian soldier from his unit; the climactic moment when the platoon reaches the ridge overlooking Tao Tsai. True, “it’s only a movie,” but I don’t know any movie that has torn its scenes from war’s reality more closely than this one.

So why is there no DVD of this great film? I don’t know the answer, but I will venture that it is probably for the same reason It’s a Wonderful Life has been relegated to the virtual oblivion of one annual airing with so many commercials that few will sit through it. The 317th Platoon is politically incorrect and unacceptable to the oligarchy that controls both America and the EU, an oligarchy that rides a three-headed beast of socialism, globalism and Zionism.

The 317th Platoon is entirely the creation of Pierre Schoendoerffer, and it is not my intention to impute my personal political views to his artistry. Nonetheless, one cannot but feel his love for the soldiers who fought alongside him. 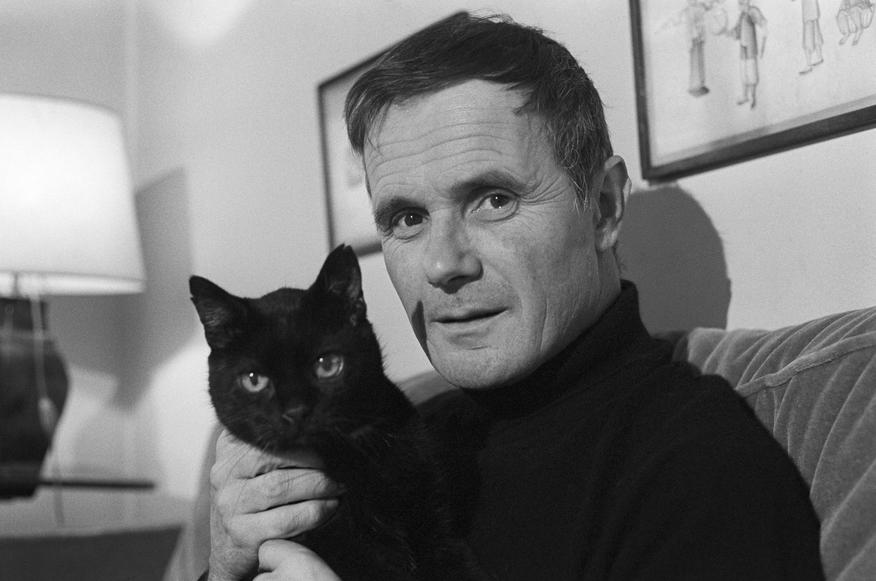 There is one scene in The 317th Platoon that I “take home” more than any other. It is the decision of Lieutenant Torrens, after learning that Dien Bien Phu has fallen (meaning the war is lost) to have his men attack. It is a lesson for today: no matter how bleak the outlook, we still fulfill our duty and do what is right.

I am well aware, of course, that the real heroes aren’t film actors. Countless real heroes lie in unmarked graves, forgotten by all except a surviving comrade, a widow, an orphan, and God. But The 317th Platoon preserves the memory of such men as closely to reality as art can achieve.

However, before anyone buys a copy just on my say-so, two cautions:

Update September 2, 2015. I see that someone has uploaded the entire film onto YouTube, though without English subtitles:

Signup for blog posts and updates — and get a free COVID eBook.

Stimulus Package Projected To Save The Lives Of At Least 85,000 Government Programs https://babylonbee.com/news/stimulus-bill-projected-to-save-the-lives-of-at-least-85000-government-programs

Here's how to order my Amazon-censored book “COVID-19 and the Agendas to Come, Red-Pilled,” including alt-media bookstores, mainstream bookstores (the ban's ONLY at Amazon), Canada, UK’s Book Depository, bulk orders at discounts, & free E-book in 3 formats https://jamesperloff.net/order-covid-19-book/

Daily Mail: Health worker who had the Pfizer coronavirus vaccine now in intensive care after going into anaphylactic shock.
https://www.dailymail.co.uk/news/article-9324711/Health-worker-goes-anaphylactic-shock-getting-Pfizer-Covid-vaccine.html