The Agenda behind the Refugee Crisis

I’ll preface my remarks by stressing I am not “against immigration.” My wife is an immigrant. Most Americans are descended from immigrants. Any sovereign nation has the right to accept immigrants in accordance with its own laws. If a country’s labor force is seriously short of, say, engineers, it would do well to welcome foreign engineers.

For the illuminist/Zionist banker oligarchy, however, “immigration” has a different purpose and meaning. In my 2013 book Truth Is a Lonely Warrior, I wrote:

Recent years have seen huge pushes to relax U.S. immigration laws. President George W. Bush was criticized by his own party for being notoriously weak on restricting immigration; in 2007 he even joined forces with liberal Democratic Senator Ted Kennedy to create a bill that would have naturalized all illegal immigrants.

Immigration is integral to the globalist plan. The European Union, for example, encourages free movement within member states. Why? Notice that nations are becoming harder to characterize. Britain had only 10,700 Indians and Pakistanis in 1955; by 2001 that figure had risen to over 1.8 million. France today has over five million Muslims, most of them immigrants from its former North African colonies; they constitute a state within a state – as witnessed by the rash of violence and fires in 2005 that French police couldn’t contain.

The Establishment encourages such situations because if you confuse national identity, you weaken national sovereignty. When Africans Muslims come to France, they usually don’t consider themselves Frenchmen – and ethnically they aren’t. A country not unified by a distinct identity is far easier to strip of sovereignty because the subjects themselves feel little allegiance to country, flag, and each other. “Multiculturalism” is politically correct today, but its purpose is to fragmentize nations.

“Divide and conquer,” of course, is a stock-in-trade tactic of the NWO. But the recent push for Western nations to accept massive numbers of Middle East refugees is raising the agenda bar to a new level, with unprecedented implications.

— The current immigration crisis was created by the West. The United States is still fighting in Afghanistan, even though our alleged reason for going there was Afghanistan’s refusal to give us Bin Laden – long dead, even by the official narrative. We fought a war in Iraq for a decade over weapons of mass destruction that even the Bush administration eventually admitted didn’t exist. We bombed Libya into utter chaos because Muammar Gaddafi wanted to introduce the gold dinar as Africa’s currency, upsetting America’s dollar-based banker oligarchy. And when President Obama couldn’t gain public support for war on Syria over the false claim that Assad used sarin gas on his own people, war on Syria was wangled anyway, through staged beheading videos and switching the professed enemy from Assad to ISIS – i.e., the very forces we had trained and equipped to fight Assad.

For those who still don’t know it, the Pentagon already had a plan in 2001 to war against seven Middle Eastern/North African countries, including Iraq, Libya and Syria, as was revealed by General Wesley Clark:

— The crisis has been hyped by mainstream media. The presstitutes of the tightly controlled media only shed their crocodile tears when their chiefs require it to serve an agenda. Child atrocity stories are a proven winner; thus we had faked tales of German soldiers cutting hands off Belgian children for World War I, the “Shanghai Baby” for World War II, and the infamously fabricated “baby incubator deaths” for the Gulf War. For the refugee crisis, the media selected a drowned boy, “Aylan,” as the iconic image they needed to impress on the public brain: 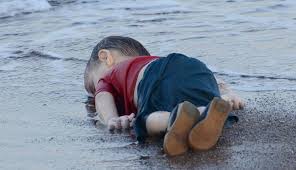 This boy’s death was a tragedy. But no less tragic were countless other child deaths the media has ignored, from the Holodomor to Gaza. Furthermore, as well summarized by James Delingpole, there are many problems with the Aylan story, not the least of which are details suggesting the body was carefully positioned at water’s edge for maximum dramatic effect.

— Most of the “refugees” aren’t Syrian, as claimed. According to this Town Hall post by Leah Barkoukis, about 80 percent actually come from other countries. Even sub-Saharan blacks are being passed off as “Syrians.” Furthermore, most are young adult males (i.e., ISIS recruiting age), not women, children, families, or the elderly.

To reinforce and flesh out the above points, I highly recommend the following video by “Syrian Girl”:

(Although I won’t embed it here, I also recommend her very informative 2012 video “Why the NWO Hates Syria.”)

SO WHAT IS THE ILLUMINATI AGENDA BEHIND THE REFUGEE CRISIS?

Why are the politicians who obediently serve as fronts for the global bankster oligarchy crying that their nations have a “moral duty” to accept these refugees? Germany’s Angela Merkel has said there is no limit to the refugees her country should accept. David Cameron has said the UK will take 20,000. Obama has offered to accept 10,000; Hillary is calling for 65,000.

Actually, as this Infowars clip from earlier in the year reveals, the Department of Homeland Security has been quietly bussing about 100,000 Muslims into the U.S. each year, well before the “Syrian refugee crisis” emerged in the headlines:

Obviously, the most sensible places for Muslim refugees are other Muslim nations, where barriers of language and culture are comparatively minimal (yet wealthier Islamic countries, such as Saudi Arabia and Qatar, have steadfastly denied admittance to Syrian refugees). Already Germany is feeling the effects, as gangs of “migrant” men roam the streets, stalking and sometimes sexually assaulting women.

Osama Bin Laden, the patsy of the 9/11 false flag, made a relevant point in his remarks reported by the Pakistani newspaper Ummaut on September 22, 2001:

“Conflict between Islam and Christianity” is exactly what the Zionists behind 9/11 have been generating through the never-ending Middle East wars. Now, the transplanting of hundreds of thousands of young male “Syrian” refugees into Europe and America could turns these lands themselves into battlefields. Besides the natural tensions resettlement creates (job competition in already-stressed economies; conflicts in religion, culture and language; lingering resentment among Muslims over what the West has done to their homelands), some of these “refugees” may be sleeper ISIS fighters. All it would take to ignite chaos would a major false flag, such as the demolition of the Dome of the Rock, perpetrated by Mossad but blamed on others. (The Dome of the Rock in Jerusalem is one of Islam’s holiest shrines; it has been falsely claimed to be erected on the ancient site of Solomon’s Temple, which Zionists have long wished to rebuild as the throne of their false Messiah/antichrist, ruler of world government.)

The chaos of bloody street clashes between displaced Muslims and Americans/Europeans could achieve yet other Illuminati goals, including imposition of domestic martial law and suspension of remaining freedoms. Fighting could also expand, like a wildfire, into a global war including Russia and China, which would fulfill yet more Illuminati aims: population reduction, and emergence of world government as “the only way to relieve the planet’s suffering.”

There is one other apparent objective to the refugee crisis worth mentioning: mass evacuation of Muslims from the Middle East war zones helps empty the space Zionists covet in order to create “Greater Israel,” a plan laid out in this detailed article at Global Research.

What is the true solution? Putin put it well in his UN speech:

I would like to stress that refugees undoubtedly need our compassion and support. However, the only way to solve this problem for good is to restore statehood where it has been destroyed, to strengthen government institutions where they still exist. . . .

The answer to the refugee crisis is not transplanting myriad people out of their native lands, but to restore stability to those lands, so people can remain in their homes. And that means (1) an end to the West’s policy of training and arming the very terrorist groups which it alleges to fight; (2) an end to Western support for Israel’s program of aggression, expansion, and ethnic cleansing.

October 7. Update. While I wouldn’t agree with every remark he makes, I found this commentary by a Russian analyst adds some helpful insights regarding Europe’s refugee crisis:

October 12. Further thoughts. The Western/Zionist-imposed “Arab Spring” has been “Balkanizing” the Middle East: reconfiguring it into small, divided, chaotic states. (With Russia’s help, Assad is still holding out.) Assad notwithstanding, it would be relatively easy for Israel’s military, now ranked among the world’s most powerful, to throw its tanks against these lands and annex them in its quest for “Greater Israel.” (Again, the strategy is: divide, then conquer.) However, for Israel to do this, it would first desire the support of public opinion in the EU and America. It occurs to me that if extensive fighting broke out between Europeans and these Muslim migrants, probably triggered by false flag events, it would create European sympathy for Israel as its military blasted away against “our common foe.” No doubt Israel would justify its aggression by first portraying itself (as it always does) as a “victim.”

James Perloff Interviews Wireless Educator Cece Doucette about the Health Risks of Wi-Fi, the Coming 5G, and What People Can Do to Protect Themselves and Their Communities 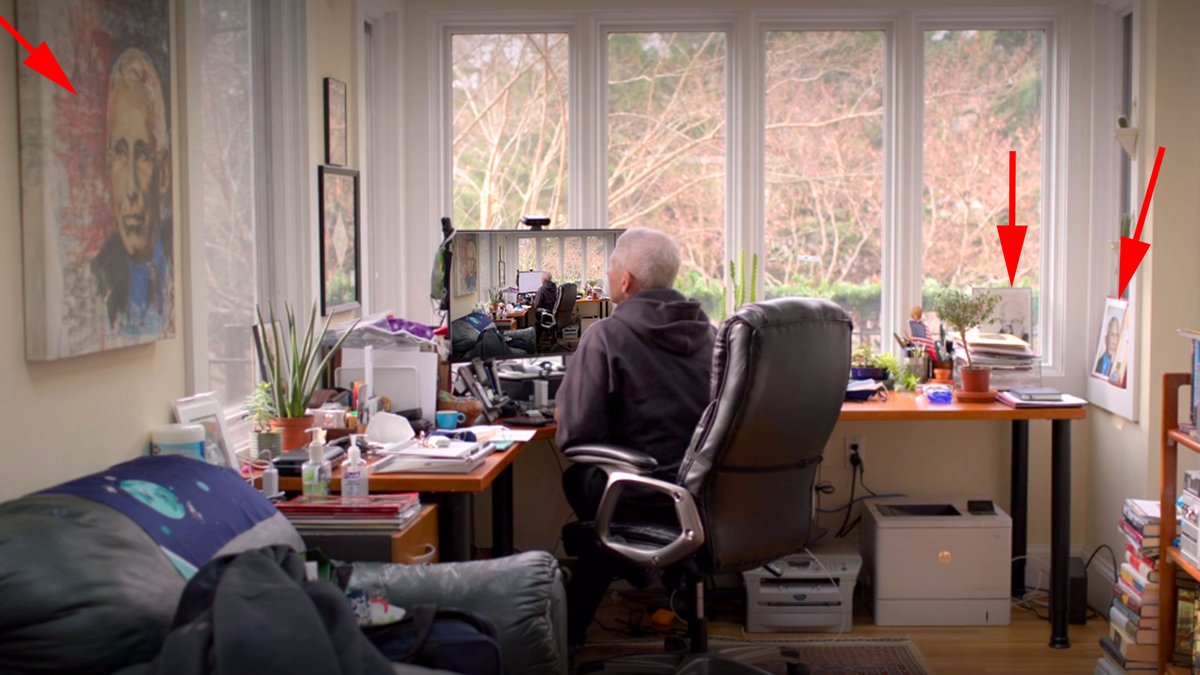